DID THE CROOKED GARDEN SURVIVE HURICANE IRMA?  No, but in a way, that was a good thing.

The storm flooded the garden and destroyed many of the plants and trees, and after the high water receded, it became weed infested. Boy, what a mess. We had a terrific garden crew, but it was small, and our task at hand was monumental. Now the good thing…Enter Ms. Terri Lollio. She suggested that we send out a mass email asking for volunteers to help restore the garden. We did agree, but we were not expecting much help because we didn’t believe that there were many residents interested in doing physical labor, and getting down and dirty. BOY-O-BOY were we WRONG. The first work day after the email, we had over 16 eager helpers at the garden, and they kept coming back to help until all the “heavy lifting” was completed.

We are humbled by their unselfish willingness in helping get the garden back to it’s beautiful condition once again. We did not get a chance to record all the names of those who helped, (it’s cliché to say), but You know who you are, and we thank you so very much! 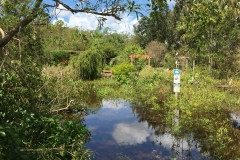 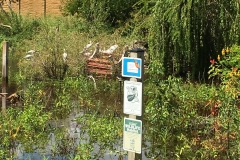 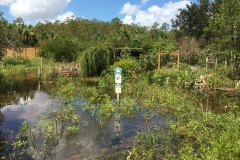 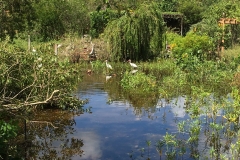 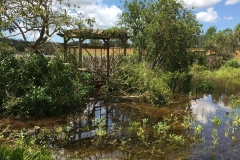